About the book [from the cover flap]

Train to Pakistan was first published in 1956 and is now widely accepted as being one of the classics of modern Indian fiction. The novel has steadily grown over the years.


The novel has implications which reach far beyond the little village on the frontier between India and Pakistan, where its action takes place. It is the summer of 1947. The frontier has become a scene of rioting and bloodshed. But in the village, where Sikhs and Muslims have always lived peaceably together, Partition does not yet mean much. Life is regulated by the trains which rattle across the nearby river bridge. Then a local money-lender is murdered. Suspicion falls upon Juggut Singh – the village gangster who, when not in jail, is carrying on a clandestine affair with a Muslim girl. A Western educated Communist agent is also involved. A train comes over the bridge at an unusual time and the villagers discover that it is full of dead Sikhs. Some days later the same thing happens again. The village becomes a battlefield of conflicting loyalties, and neither Magistrate nor police can stem the rising tide of violence. It is left to Juggut Singh to redeem himself by saving many Muslim lives in a stirring climax.


Train to Pakistan, with its fine descriptions of village and river, and its study of characters under stress, is an exciting novel, both intellectually and emotionally. Khushwant Singh makes his readers share the individual problems of loyalty and responsibility facing the principal figures in his story, and to understand the human implications of a momentous historical event.


Khushwant Singh’s Train to Pakistan is a famous book like Salman Rushdie’s Midnight’s Children (which I have not been able to finish, by the way, despite three attempts) or Vikram Seth’s A Suitable Boy (which I found underwhelming). I don’t know what it is about these widely acclaimed books, most of the time they are weighed down by the baggage of their fame and end up underwhelming. So, I was apprehensive.


I have read two more books on Partitions – Ice-Candy Man by Bapsi Sidhwa and Partitions by Amit Majumdar. And I have liked both of them. That time in history evokes immense curiosity among people from this subcontinent. It is hard to believe, today, that something of such magnitude happened right here, in our country, not too long ago. We keep seeking such stories from our shared history to make sense of such an event that left millions of people killed, orphaned, raped or displaced. How could people like us do this to their fellow countrymen, even close friends?


Train to Pakistan attempts to explain perhaps that incredulity in us. How could this happen? Mano Majara is a fictitious village populated with Muslims and Sikhs predominantly (with only one Hindu family), who live in harmony. In a short book of 200 pages, much space has been dedicated to the life in this village, and not too much on individual characters. When the country is going through the turmoil of partitions and its after-effects; this quaint little village remains unaffected, even surprised at the turn of events. It is difficult for them to fathom how people from the same village could turn hostile towards each other when they should have fought for their friends, so what if they belonged to a different community.

But that is only till real tragedy hits them. The arrival of a train full of corpses acts as a catalyst, and people could not remain unaffected for too long and turned murderous with little instigation because they are only human.

The village is the central character in this book, all other characters play secondary roles. Though I am a reader who usually seeks identifiable characters, I still liked this book. Khushwant Singh’s writing is no doubt the best thing about it. If you would ask me, if this book is one of those must-reads; I would say – No! But if you appreciate good writing and if that thrills you as a reader; then sure.


Here are a few lines often quoted from the book:

“India is constipated with a lot of humbug. Take religion. For the Hindu, it means little besides caste and cow-protection. For the Muslim, circumcision and kosher meat. For the Sikh, long hair and hatred of the Muslim. For the Christian, Hinduism with a sola topee. For the Parsi, fire-worship and feeding vultures. Ethics, which should be the kernel of a religious code, has been carefully removed.”


Whenever I drop in here, I am filled with nostalgia (as also happens with my other blog). It’s a pity that I haven’t written about any books in a long while. But this year I want to change that. 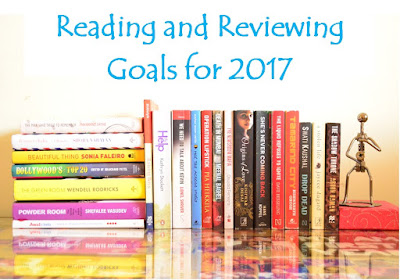 New Year is always an exciting time for me. I love making plans, creating new goals for the year. I love the anticipation, the positivity, the hope that a New Year brings. It is just an opportunity to start over. Forget the past. Look ahead!
Posted by Reema Sahay at 12:55 AM No comments:

Books on this Blog 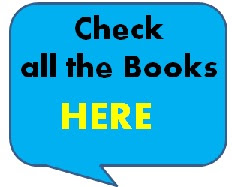 all Books at one place

The Sense of an Ending
by Julian Barnes

Woe Is I: The Grammarphobe's Guide to Better English in Plain English
by Patricia T. O'Conner

The Style Diary of A Bollywood Diva
by Kareena Kapoor